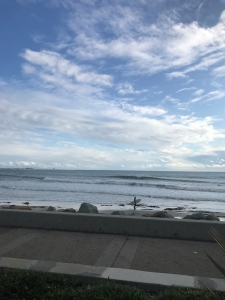 Ventura is a special place…and by special, I mean it really is the beginnings of one of my favorite regions in California’s central coast. Though still considered Southern California, Ventura is anything but, in my opinion. Bordering Ojai farm town to the east, Oxnard and L.A. to the south and Santa Barbara to the north, Ventura is a quiet, laid-back part of the coastline that I enjoy.

One of the most renowned rights in California, C Street, also known as California Street, is a near-perfect right, depending on how the Ventura Rivermouth decides to contour the sandy cobblestone rock bottom. About 20 years ago, this place was apparently guarded by hard-core locals. You get a sense for the now pseudo-localism when you hear a few old guys taking pleasure in barking at beginners innocuous mistakes.

With 20 years of progression and capitalism, C-Street now has what any typical SoCal beach might offer: paid parking, bathrooms, a pier, hotels, restaurants, plenty of homeless folks who nap around said parking lot and crowds, especially when the swell is right. Right out in front is a mushy beginner-style wave, however, when big west/northwest swells come marching through, the wave connects up to Ventura Point to produce an Uppers-esque rippable wave with some barrel sections. 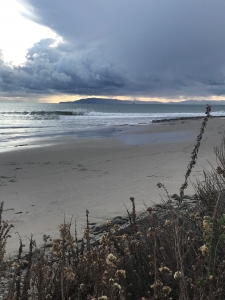 Take a walk…north up the concrete boardwalk and you will find Ventura Point. “These dreaaaams go on when I close my eeeeyesss…” of a long, long right somehow connecting to its southerly neighbor C-Street. Chances are within the last large west/northwest swell, your dreams came true already…and continue to do so when the conditions are right. The first point, also known as Pipe, is a long rippable wall with an occasional barrel section, as noted in my C-Street entry.

According to Surfline.com, if this break connects to C-Street, it can produce a half-mile-long ride.

<I’m just going to pause right there to let you gather your brains….Surf park, who?>

But be weary—the locals still guard this spot and it tends to be the most crowded break in Ventura.

North of the point, you can find Second Point and more fun rippable beach break. It may not be a half-mile long ride, but it’s definitely worth the warm up before you attempt to get into the point crowd.

What the locals say: not much, more on the quiet side

Nicknames: Ventucky (no, seriously–apparently there is a surf rodeo that happens here every year)