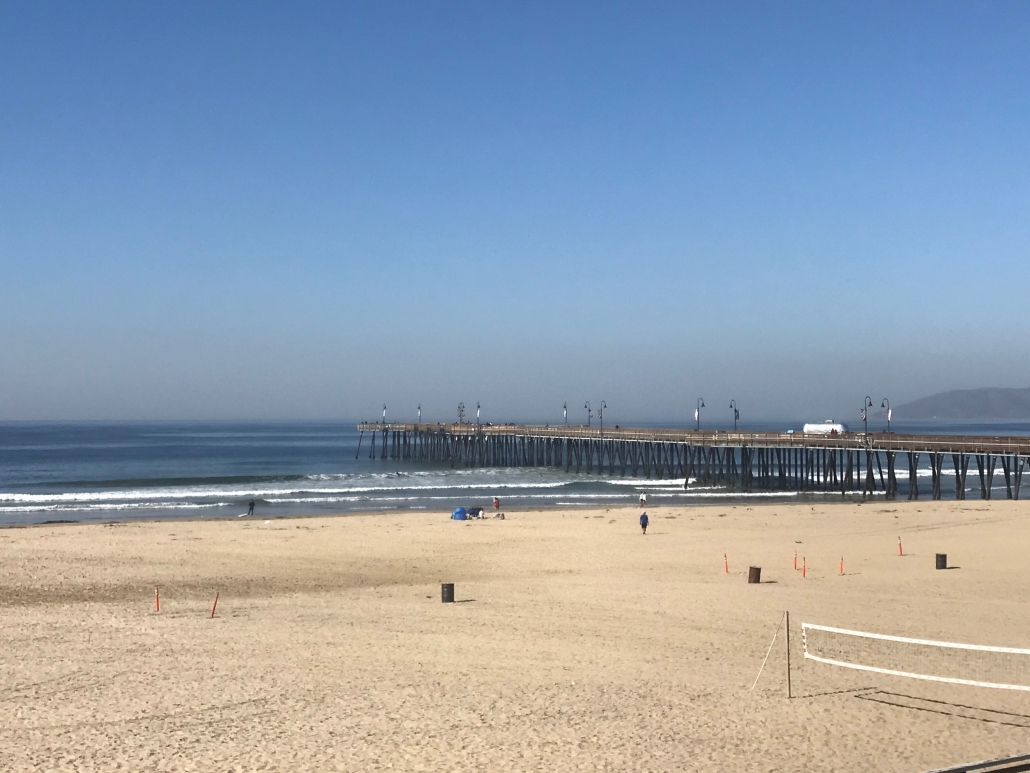 It may be sunny, but that water temp certainly isn’t.

As you head north on PCH or the 101, you’ll notice after you’ve escaped THE BEAST that is L.A. and have managed to not join a hippie commune in Ojai or party it down with UC Santa Barbara students, life becomes a little SLO-er, San Luis Obispo-ified that is.

Pismo Beach Pier is nestled at the south-most end of SLO county and gives off the vibe of a colder Huntington Beach, albeit no riots, protests or thong bikinis. Water and air temps are on the colder side compared to SoCal counterparts, so unless you like Wim Hoff-ing it (hey! It’s great for your immune system supposedly!), leave the thong and Brazilian ‘kini at home or know that it will be hidden underneath some neoprene. It’s chilly.

The Humboldt Current comes throttling towards SoCal and generally takes over everywhere Santa Barbara and north thanks to Point Conception and you can always count on some chiller water temps year round.

Both north and south sides of the pier can fire on northwest swells and some south swells and get a little chunky, although it does tend to be on the smaller side than, say, Avila Beach. It also stays glassy.

For the most part, don’t count on shape. There’s more walls here than the U.S.-Mexico border. If you like pulling into closeout barrels, this is your spot.

Also, be ready to feel a silty, soft bottom. You might find some sand dollars hanging around, just don’t take them if they are live sand dollars, pretty please.

One person who worked at a local hotel insisted to me that I should only surf Pismo Beach Pier and south. “DON’T GO NORTH!” he said, claiming that anywhere north is infested with Great Whites and I will surely get attacked.

Naturally, what do you think I did?

Pismo (or “Pismu”) is the Chumash Indian word for “tar”