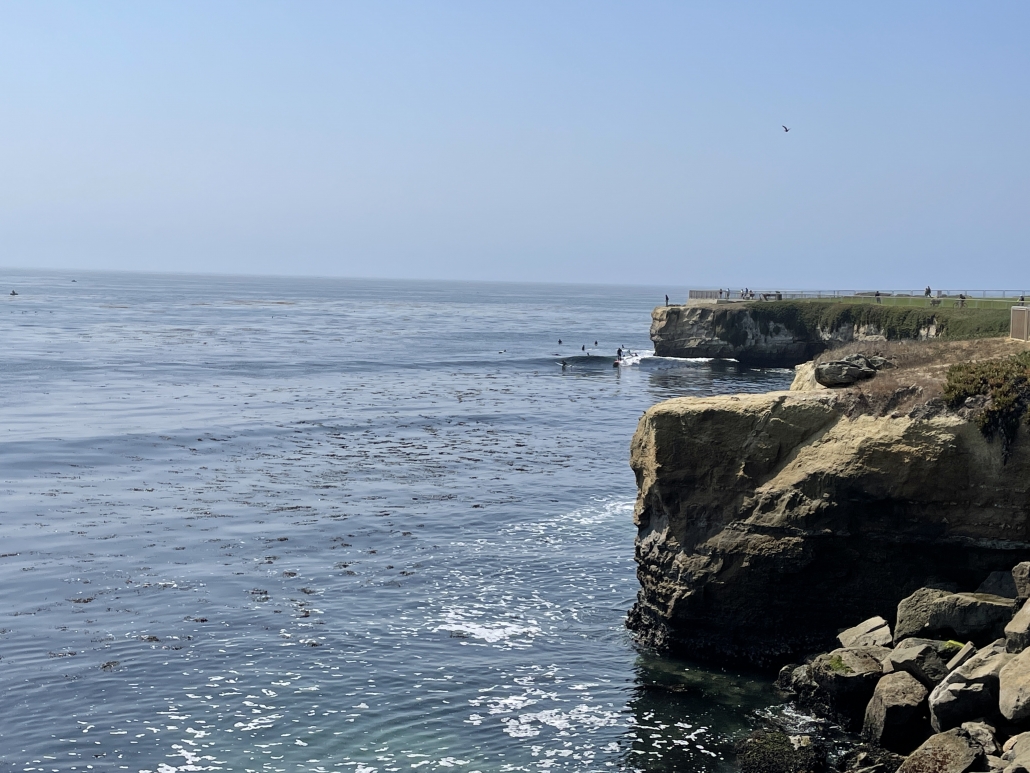 Beautiful coastal homes, an impressive tourist haven that is the pier, great food, excellent hiking, camping and mountain biking meets kelp forests as lush as the forest on land. Santa Cruz is an outdoor paradise for nature geeks far and wide and is home to some of the best surf in California.

Santa Cruz faces directly south and is often sheltered from those nasty northwest winds that you will most definitely see mucking up the faces of other and perhaps sharkier slices of coast. It is divided into the eastside and west side, which apparently—if you’re a local surfer on the east side, you never surf the side you’re not from…? Locals, please confirm…nicely.

Do you like right point breaks and being the star of the show? Steamer Lane may be your ticket to surf stardom. All the world’s a stage!! And you (and your 100-person troupe) are the main act if you paddle out to Steamer Lane. After you navigate your way down the slippery and sharp rocks along the cliff below the parking lot, time the waves so they don’t smash you back onto said rocks. Make your way ever so carefully weaving in and out of kelp beds and into the lineup, find a spot in the crowd, look up and wave to your audience. That’s right. You have an audience that’s watching on top of the cliff side, so make sure you know how to navigate around the kelp beds before you take a reeling right point.

Oh yea, kelp’s a thing. Grumpy sea otters are also a thing and so are the grumpy and not-so grumpy locals and tech geeks riding kayaks. But don’t worry—the locals don’t put up with tech geek kayakers. Just ask Carlos.

Big beautiful and often glassy right-hander waves break along the cliff combing the kelp beds. It is often quite crowded and for good reason. It is just plain irresistible.

This is one of those breaks where you should sit on the shoulder and watch the locals put on a clinic for a while. Locals don’t take too kindly to tourist surfers who paddle straight for the peak. Respect is of the utmost importance. 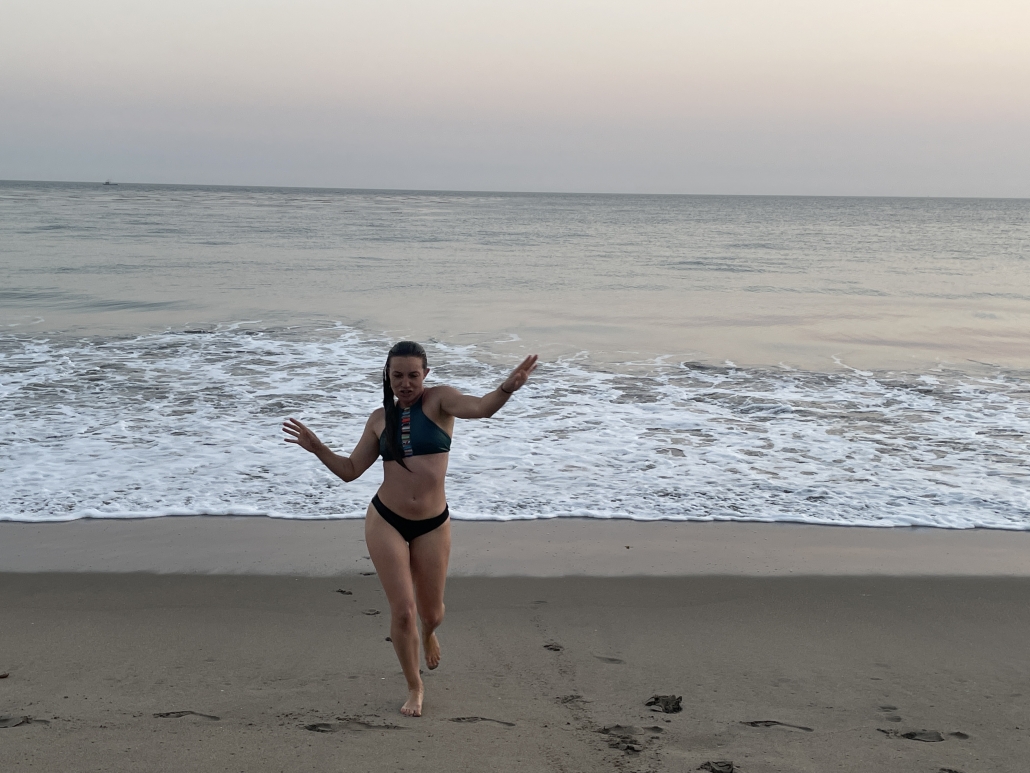 Trunkin it proof at 26th Ave.

Home to wetsuit pioneer Jack O’Neill, Pleasure Point may be called such because it gives you great pleasure to surf the wave? Or perhaps it’s an irony because it is a longboard spot. The east side of Santa Cruz has many different waves to offer other than the more gentle Jack’s or Pleasure Point. Cowell’s in another gentle, beginner spot that is very crowded…think SanO, but turn the water temp down about 10 degrees.

“There’s a great Thai restaurant in town, you should tell them Carlos sent ya!” Oh, and don’t go out there with a kayak. Carlos will school you.

Santa Cruz
Santa Cruz
confessionsofasurfergirl
Coastal, hippy surf town meets redwood forest and nature-lovin' heaven. If you like the outdoors at all, Santa Cruz is your jam. Just remember to respect the locals.

Coastal, hippy surf town meets redwood forest and nature-lovin' heaven. If you like the outdoors at all, Santa Cruz is your jam. Just remember to respect the locals.