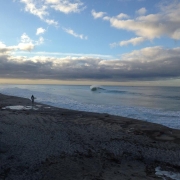 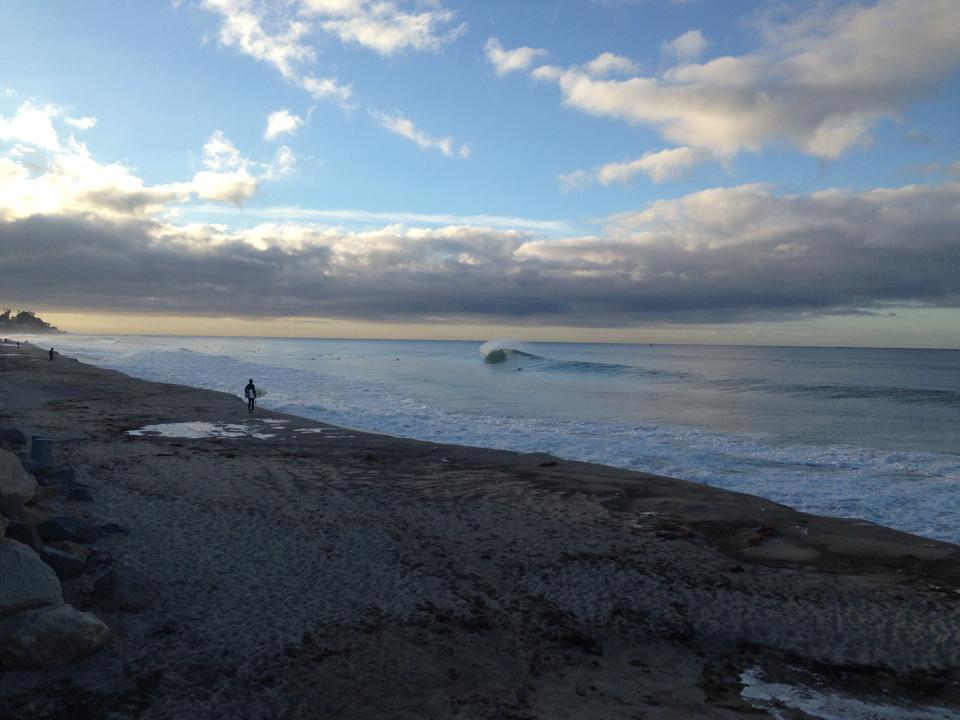 Let’s get one thing straight: I am not a morning person.

I never have been and never will be. You know that classical music song by Rossini? Of course ya do! Well, as beautiful as the song is, it will never be taken seriously by myself.

I CONFESS: I would just as soon as throw a brick through a window hoping to nail the rising sun that mocks my eyes than to be pried out of the comfort of my warm cozy bed.

The only sound that miraculously pulls me from my slumber: THIS. 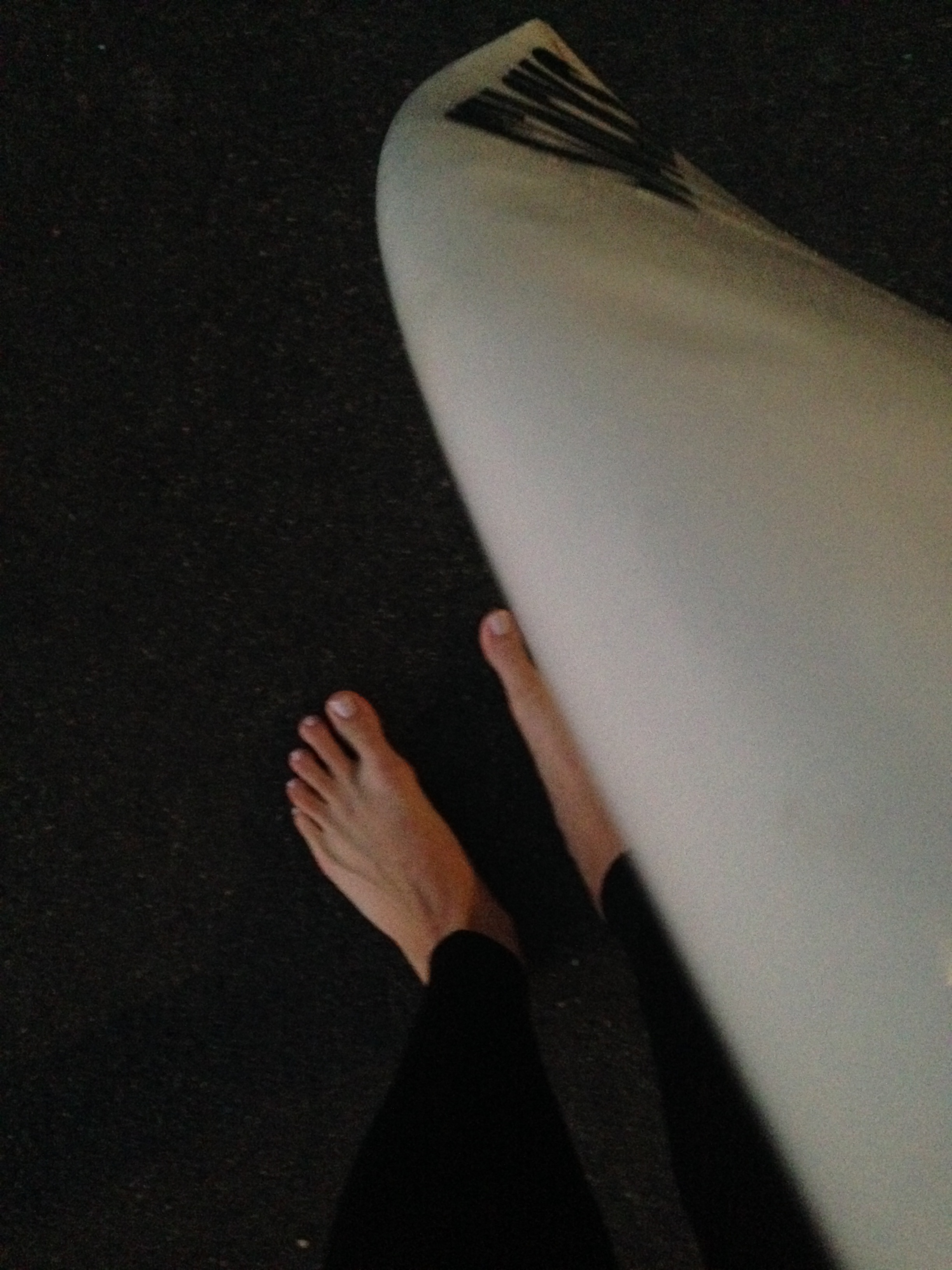 Bleary eyed and cantankerous, my wetsuit-ed body pulls itself down the cold street by my bare feet, my mind counting my blessings in bittersweet fashion.

Is there some bump in the water? Don’t know until I get there, but I sure hope so!

Any tiny piece of gravel under my feet turns me into a moping baby in whine mode, the sand’s chilly temperature imitates grainy snow piling between my toes. The crisp air coupled with the first touch of the semi-cool Pacific finally wake my senses and, yes, I can do this.

With the lineup count at two, I slide into whatever choice glassy peak I want, sans hoots, aggro-ness and other alpha ape-like behaviors.

As for the rest of the day, well… 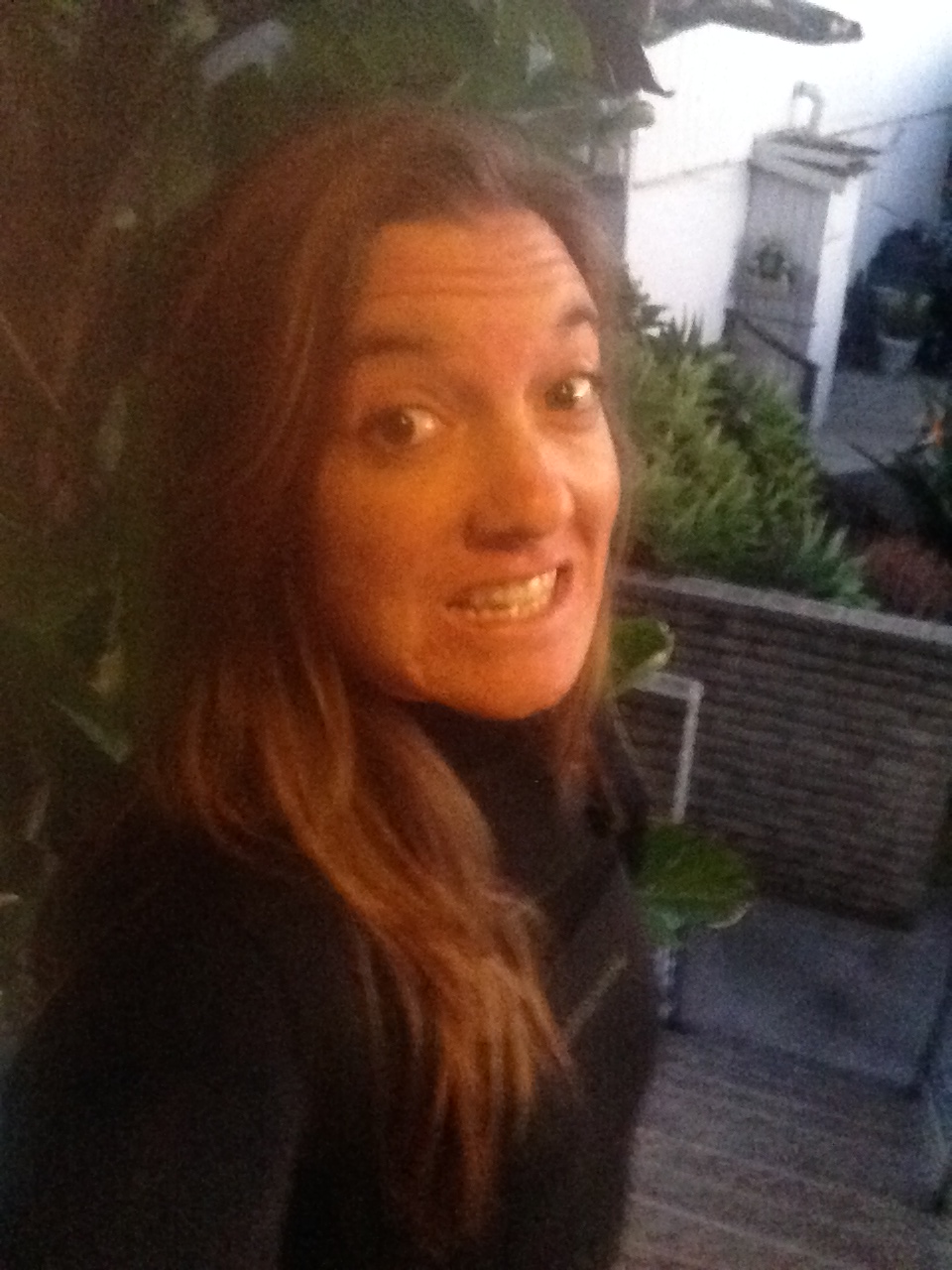 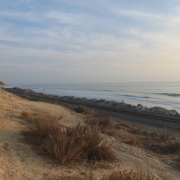 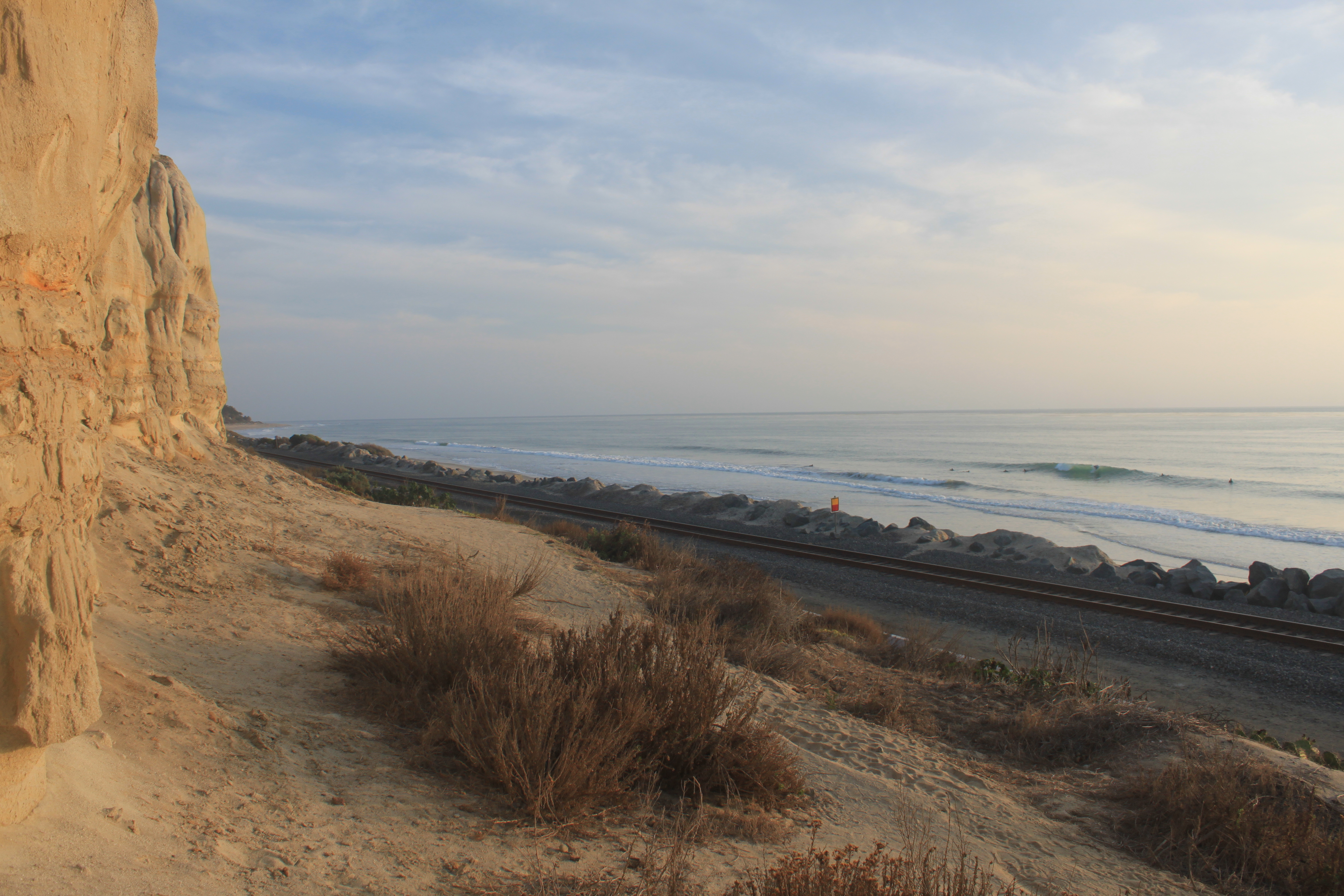 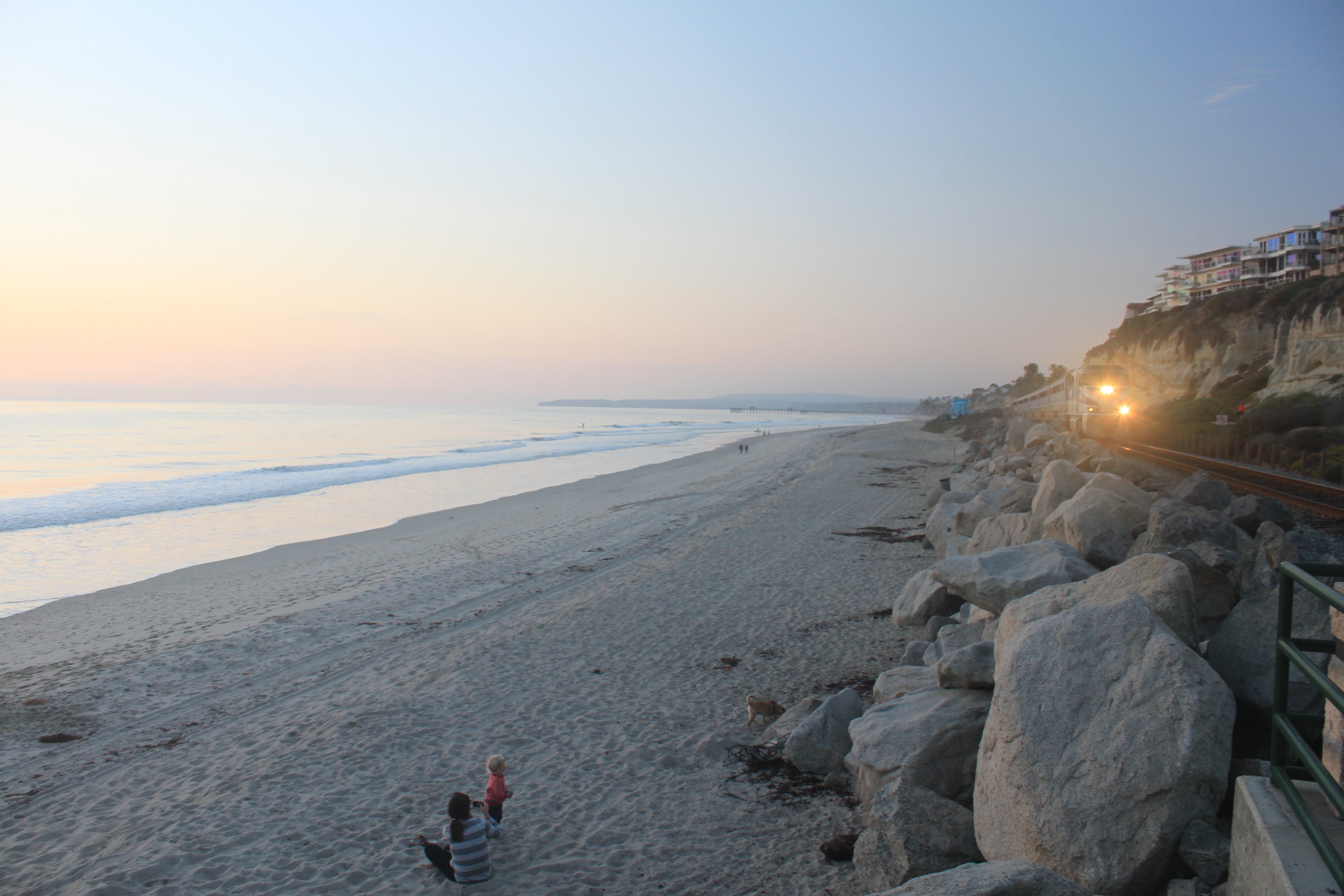 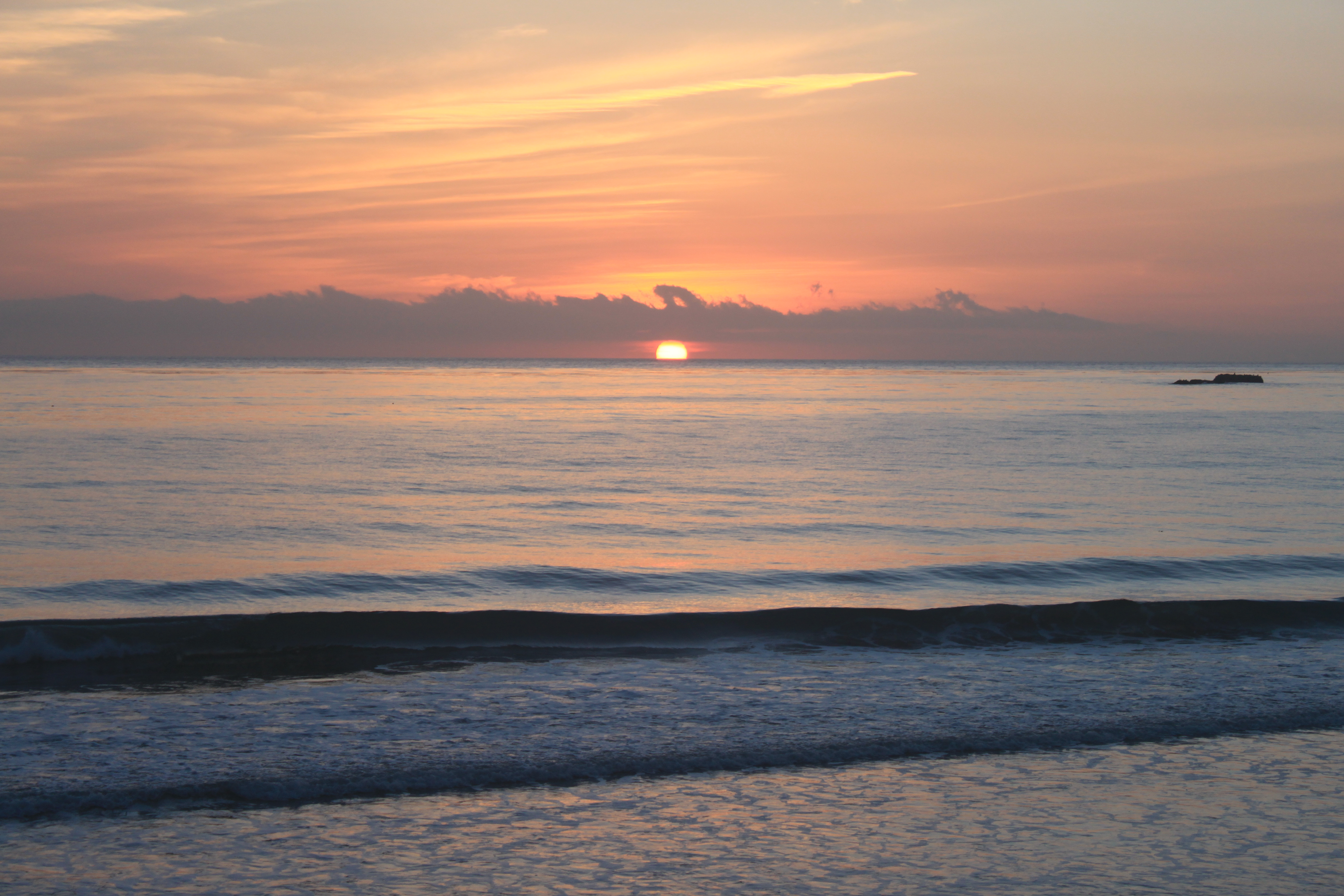 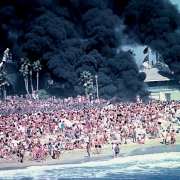 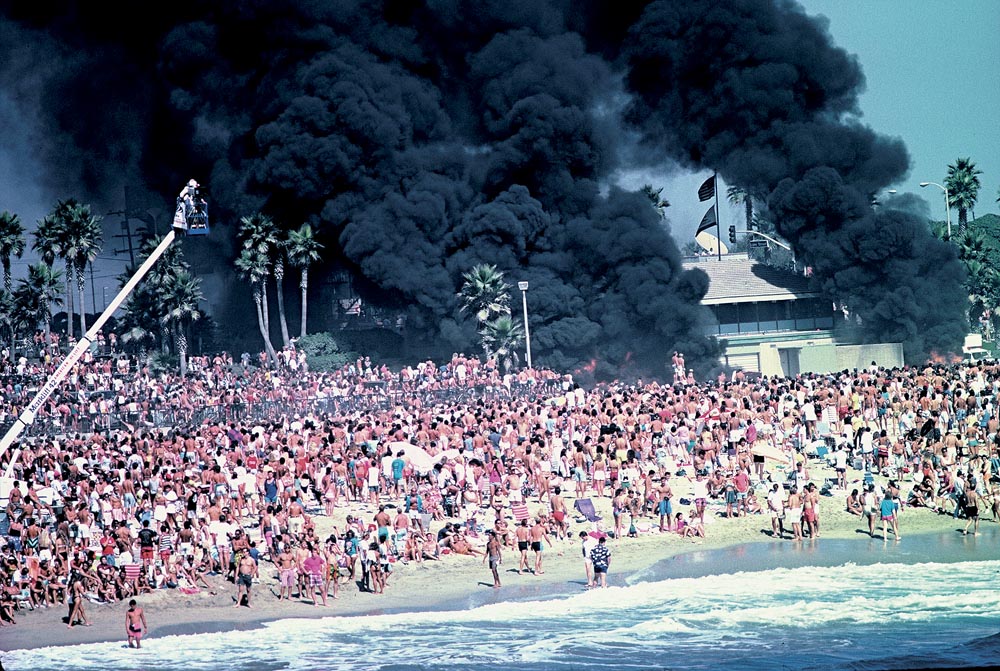 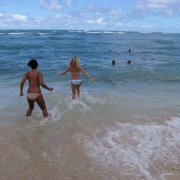 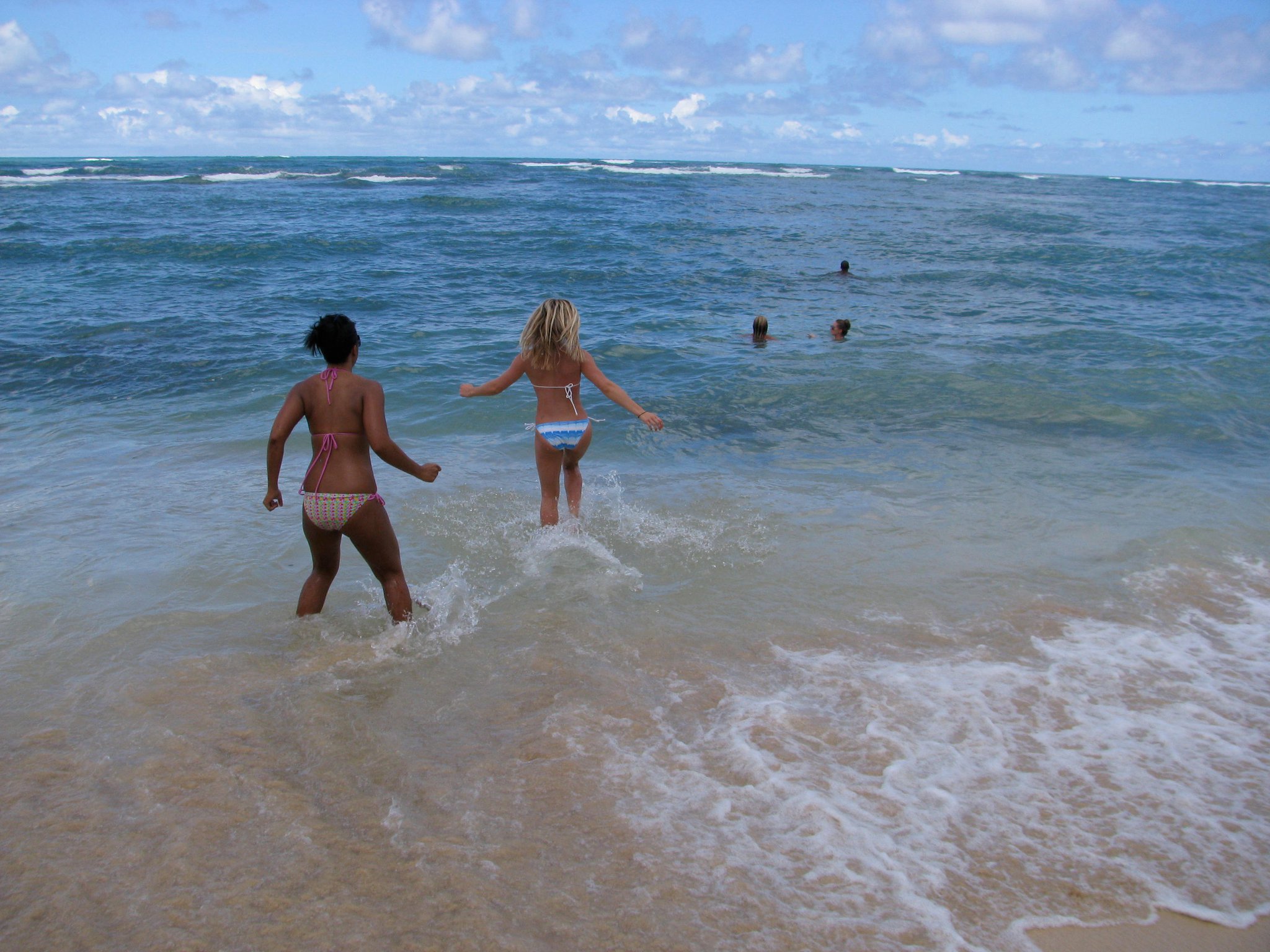 Beach season will soon be alive and well! Bikinis and boardshorts of all shapes, sizes and colors will grace our beaches like newly designed couture on a New York runway.

As much as I love a cute colorful bikini, sometimes I sketch about the attention it attracts:

You know him…or her, even. They blatantly stare at you, jaw agape, while you change and check the surf. Even though you pull your wetsuit on as fast as you can, they slowly inch their way towards you, eyes not moving from your bod. They’re usually just hanging out by a trash can or a lifeguard tower, a place where you have to cross paths on your way to the water. Though you don’t make eye contact, their stare burns your skull as you calmly make your way to the safety of the water’s edge. For your sake, let’s just hope it’s high tide. 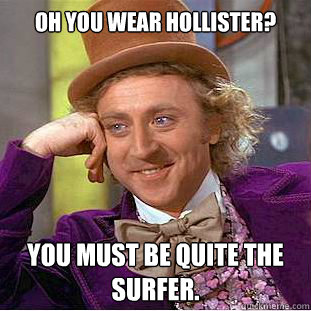 One evening before my usual surf sesh, some creeper stood directly in front of my peripheral, smiled and stared at me as if I was a juicy rib eye while I put on my wetsuit.

He stood there long enough to create an uncomfortable silence and I knew what was coming next.

“You come here often?” he said.

I rolled my eyes and breathed a heavy sigh while I zipped up my suit.

I could feel my face burn and my fists clenched as he continued on with his ‘overly-stoned surfer hippy’ facade.

<This is the only time I justify a lie.>

While his pathetic attempts to make conversation turned to more personal matters, I assumed an aloof disposition coupled with short answers and minimal eye contact in hopes to drive him away. Didn’t work. He was from L.A. Go figure.  Hmm, what to say, what to do…

I used to teach preschool and it was the most fun job I’ve ever had. However, establishing boundaries among the little ones is essential, unless you want to go crazy.  Like children, it seems the male-dominated surf culture needs a few boundaries.

Some guys think because women wear bikinis and/or revealing wetsuits, it gives them the ‘okay’ to make a pass or two…or three. Wetsuits, bikinis and the like are merely a preference in expressing how proud we are of our bodies we work so hard for..or simply because we want to minimize tan lines. Respect that.
However, I will say some of us wearing scantily clad items definitely ask for the unwanted attention.
Regardless of what we choose to wear in the agua, here are a few guidelines that either gender might consider when some hottie passes through their radar:

1.) STOP STARING!!
Didn’t your mamma ever tell you it’s rude?!  Just like pointing, in most cultures, it is rude to stare at someone while they are trying to change in their wetsuit…or walk down the beach…or paddle out..or duck dive a wave. If you think they’re hot stuff, perhaps leave it at that. If you stand a chance, decide your angle and make sure it’s AFTER their attire is on. Be respectful and avert your eyes. If you cross my path and stare while I struggle to get my wetsuit on, my glare will cut you like a katana blade. 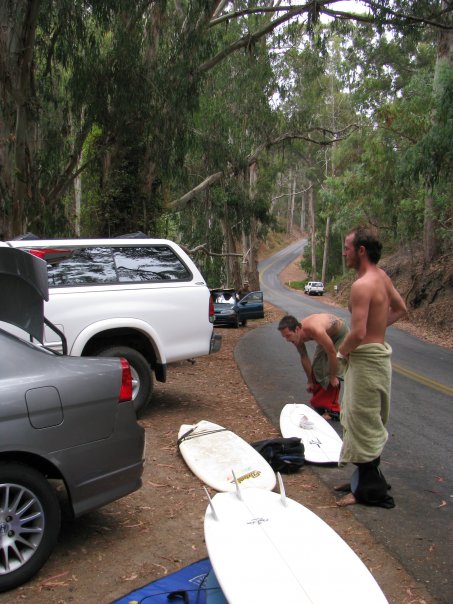 Unless it’s your good friends, this is NOT the time to take a picture. Dave gets ready to surf Hazards in San Louis Obispo, Calif.

2.) Watch your mouth.
Really? You’re dropping one-liners? Dude, I left one-liners at the bar…three years ago…and even then, they were dumb. Their coolness factor died in middle school…circa 1998. How old are you, again?

3.) The wax on your deck is not for writing numbers on.
On more than one occasion, some guy thought it would be cute to write my number down in his wax via fingernail. Can it not wait ‘til I get to the beach? Most of the time, I don’t like giving my number out on the beach, much less in the water. I ain’t thinking about yo’ punk ass whilst I be throwin’ spray!

4.) Just because I’m being nice does not mean I want to share waves with you!
For every wave you decided to ‘share’ with me, you lose 30 minutes of my time. Several local guys will be dropping in on you shortly.

5.) Quit talking balls to me.
You’re so badass because you surfed Uluwatu, huh? How big was it, again? 14 feet or 4? The scar on your face ain’t from the reef, sweetie. I can tell a a bitch slap when I see one.  A very wise man once told me: “A musician never tells you how good he is, he shows ya how good he is.” Can we translate that into surfing? Hmm? Humbleness is waaaaay hotter.

6.) Unless you’re Dave or Chav, I don’t like being sprayed in the face by your cut-back.
Good for you, you can throw buckets! Now, can you aim it at the guy who was dishing out the one-liners? 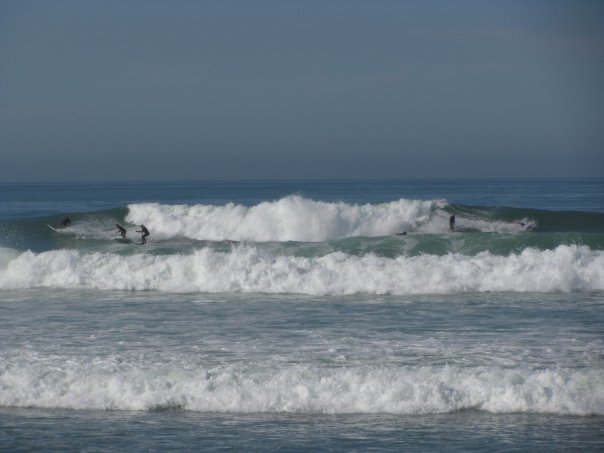 At Lower Trestles, anything is possible.

7.) Gettin’ aggro does not make you cool.
While I’ll admit there is a time and place to be aggressive, unless you’re at Lowers and 10 people decide to ditch their boards while you paddle out, chillax. Yelling at groms does not get you brownie points, either…unless those groms have dirtier potty mouths than a 60-year old sailor…which is possible…at Lowers.

10.) RESPECT
Not just me, but also yourself. …when you can’t respect yourself, who else will you respect?

Now go forth, former creepers!! Quickly become un-creepified before someone knocks your front teeth in!

We’ll all know you really didn’t hit the reef. 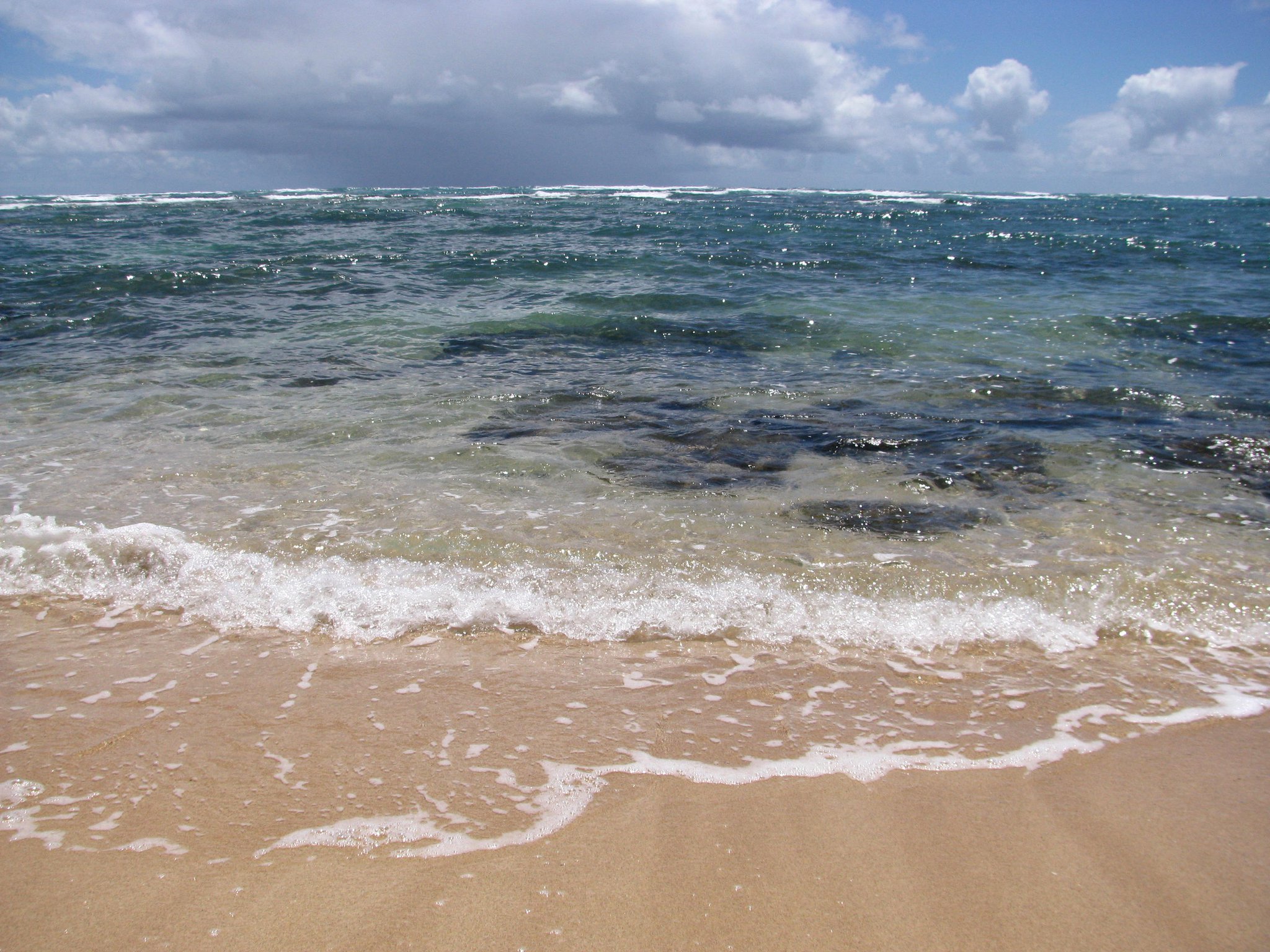