Bird’s got the right idea…

Shedding a little light on the situation.

If you were held captive inside an office like me during one of the biggest swells in 20 years on August 27th, 2014, your only outlet was: ###SoCiAlMeDiA.### As I arrived to work a bit embittered, random Facebook, Instagram and Twitter checks ensued. With every epic media update, my stomach twinged, my jaw dropped and mouthed in the stereotypical surfer fashion: “No waaay.”

I’ve never felt like such a social media stalker as I watched thick wedgey peaks plow through all corners of the California coast.

Despite the fact that I didn’t shoot the coveted Wedge pumping out 30 foot walls or Newport Point doing it’s best Pipeline impersonation, I managed to squeeze in some quick photos of certain spots before and after work…sans carnage…sadly.

The line, yes there was a LINE, to get onto the Newport peninsula was comparable to the city’s popular Fourth of July or Christmas parades. My terrific ‘love’ for crowds and parallel parking combined with the setting sun left me in a time crunch, so after one U-turn , my wheels were rolling towards Laguna and Dana Point. Newport be damned.

After narrowly escaping a park ranger’s citation (but not her lecture about possibly killing an endangered pocket mouse), the sun set over the corduroy-ed Pacific and I finally felt like my freelancer-self, again.

I’m alive!! I said, as I skipped to my car with blurry photos in tow, the park ranger glaring behind me.

Big Wednesday 2014 not only woke up the Pacific, but also reminded me of my passions that no amount of social media or any computer/smart phone can replicate. 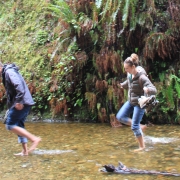 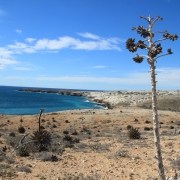 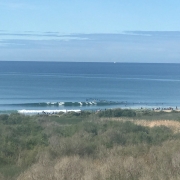 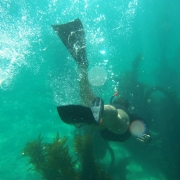 What To Do When It’s Flat 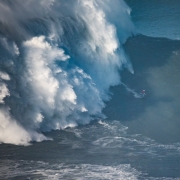 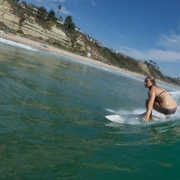 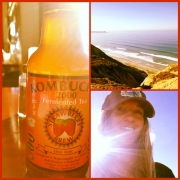 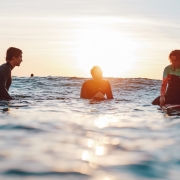